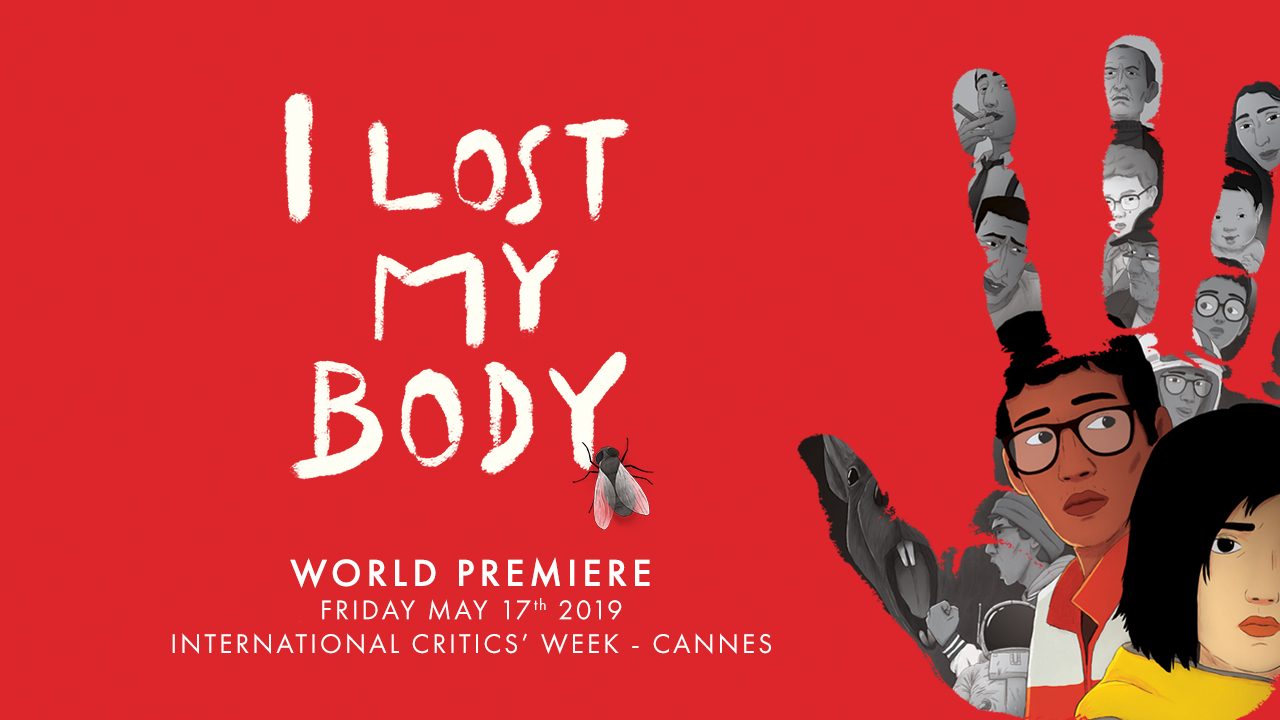 Jérémy Clapin’s feature I Lost My Body (J’ai perdu mon corps) will have its world premiere as part of the 58th International Critics’ Week sidebar at the 2019 Cannes Film Festival.

I Lost My Body is Jérémy Clapin’s first feature film. Co-written with Guillaume Laurant and produced by Marc du Pontavice (Xilam Animation), the animated film is an adaptation of Laurant’s novel Happy Hand. A cut-off hand escapes from a dissection lab with one crucial goal: to get back to its body. As it scrambles through the pitfalls of Paris, it remembers its life with the young man it was once attached to… until they met Gabrielle.

I Lost My Body will have its world premiere on Friday May 17th, in the presence of the film crew.