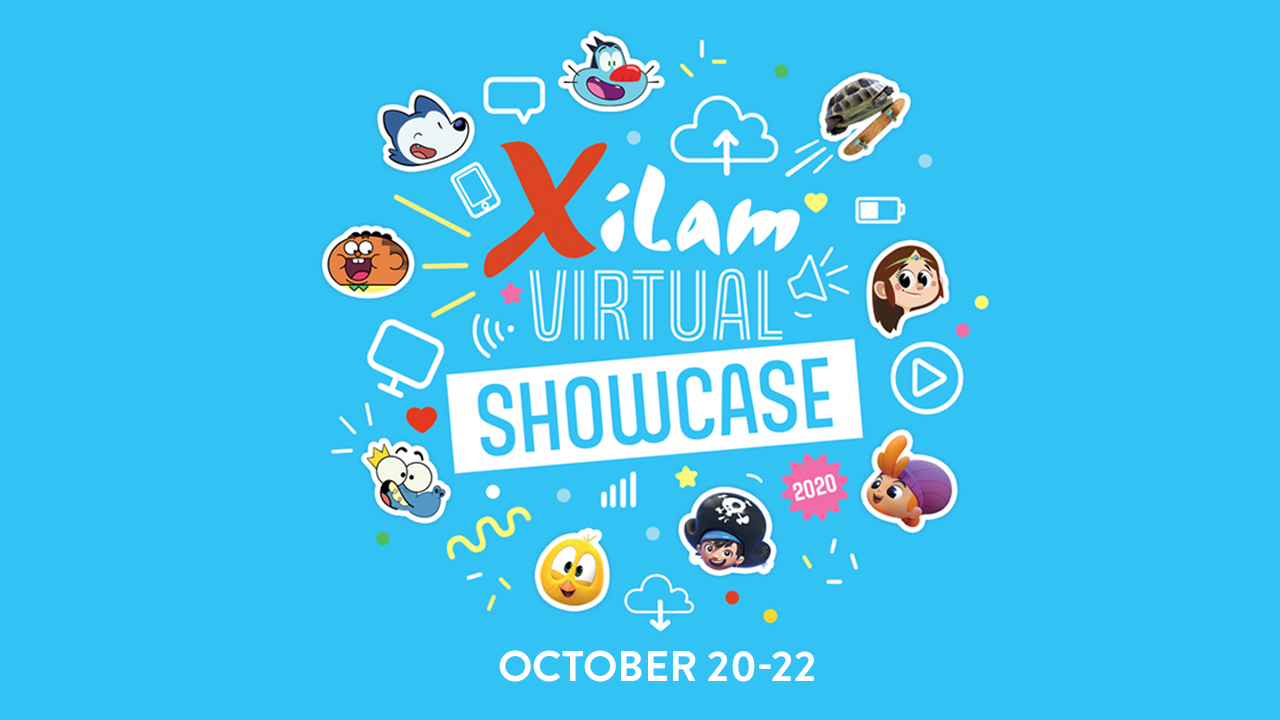 Academy Award®-nominated French animation studio Xilam Animation is hosting its inaugural Online Showcase event for TV channel and platform buyers from 20-22 October. During the event, guests will be able to discover the studio’s new programming highlights which include Oggy and the Cockroaches – Next Gen (78×7’), a new rebooted version of its iconic brand, alongside a trio of series from its CGI specialist studio Cube Creative – Tangranimals (52×11’), Pfffirates (52×11’) and Where’s Chicky? (Season 1 and 2: 104×1’). Additionally, Xilam will share details of new development projects. Attendees will also be able to arrange meetings with company’s executives.

Marc du Pontavice, CEO at Xilam Animation, said: “We are very excited to host our first ever online showcase event which will be the perfect opportunity to connect with existing and potential partners from all over the world. As our slate of content continues to expand and diversify to meet the evolving needs of broadcasters and audiences, we look forward to sharing more about our latest projects during the event which are brimming with endearing heroes, humour and fun adventures.”

Produced by Xilam Animation and based on the characters created by Jean-Yves Raimbaud, Oggy and the Cockroaches – Next Gen sees Oggy take on the responsibility of parenthood as his friends’ daughter, a 7-year-old elephant named Piya, comes to stay. Piya is kind-hearted, happy-go-lucky, full of energy and completely derails Oggy’s daily grind, as the blue cat must learn how to become a surrogate parent. With a refreshed look and feel, the new iteration of Oggy and the Cockroaches brings a focus on emotions, tenderness and friendship. Khalil Ben Naamane is on board to direct the series which will be delivered in Autumn 2021.

Targeting 3-6 year olds, Tangranimals is a comedy adventure series directed by Rémi Chapotot and Tristan Michel. The series sees Young Geo explore Tangra-planet, an amazing place with geometrical landscapes, along with his friends the Tangranimals. These adorable and colourful creatures can link together like Tangram toy puzzle pieces, and create all sorts of vehicles, creatures and objects. The series is now in production, with full delivery expected in September 2021.

Directed by Arnaud Bouron, upcoming comedy action series Pfffirates will target kids aged 4-8 years old and is set to be delivered in Q4 2021. On Calypso Island, three crews are taught Pfffiracy by the legendary Captain Lamar. This tough programme ranges from sailing exercises and treasure-hunting competitions, to cannon-firing and accosting enemy ships! But it would take more than that for Pat, Lily or Stede to give up. When a Pfffirate has friends to count on, nothing is impossible!

Where’s Chicky? is a non-dialogue comedy series targeted at a family audience. Directed by William Hoareau, Chicky is an adorable, irresistible little chick who discovers a new place and an unknown object in each of his adventures. Season two of Where’s Chicky? will introduce new characters Bekky and Poyo and is currently in production, with delivery expected in early 2021.

These new series will first be launched by Xilam at MIP Junior 2020 and join the company’s slate which also includes: Lupin’s Tales (78×7’), a 2D and 3D animated series for upper preschoolers which sees a young wolf dream of being a storybook hero; 2D comedy series Moka (78×7’), which follows the adventures of wonderful new duo Moka and Cherry; and recently delivered comedy series Coach Me If You Can (52×13’) for kids aged 6-10 years which explores the unlikely friendship between Daniel Sissou and the world’s greatest fictional football player, Erico Platana.